If you wish to tune in to the event, you can access the Broadcast on Facebook Live during the event here. www.facebook.com/DEHealthInnovation/

We are excited to announce our speakers for the DCHI Cross-Committee Meeting taking place this Wednesday, June 28th, 2017! In preparation, here are some brief bios of our speakers that might peak your interest. 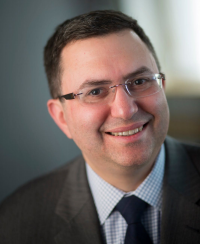 Dr. Joshua M. Sharfstein is Associate Dean for Public Health Practice and Training and Professor of the Practice in Health Policy and Management at the Johns Hopkins Bloomberg School of Public Health. He is also the Inaugural Director of the Bloomberg American Health Initiative. Previously, Dr. Sharfstein served as Secretary of the Maryland Department of Health and Mental Hygiene from 2011 to 2014. In this position, he led efforts to align Maryland’s health care system with improved health outcomes, culminating in the adoption of a revised payment model for all hospital care for Maryland residents. He also oversaw the development of a statewide health improvement process with 18 local public-private coalitions and the reshaping of state’s approach to health information exchange, long-term care, and behavioral health. Dr. Sharfstein graduated summa cum laude with an A.B. in Social Studies from Harvard College in 1991. He graduated from Harvard Medical School in 1996, from the Boston Combined Residency Program in Pediatrics at Boston Medical Center and Children’s Hospital in 1999, and from the fellowship in general academic pediatrics at the Boston University School of Medicine in 2001. Dr. Sharfstein is an elected fellow of the Institute of Medicine (2014) and the National Academy of Public Administration (2013). He serves on the Board of Population Health and Public Health Practice of the Institute of Medicine and on the editorial board of the Journal of the American Medical Association. Joshua.Sharfstein@jhu.edu 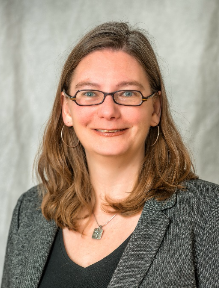 Robin J. Lunge, JD, MHCDS is a Member of Vermont’s Green Mountain Care Board. The Board is charged with designing and administering health care payment and delivery system reform as well as regulating the health care industry. Previously Lunge served as Governor Shumlin’s Director of Health Care Reform for close to 6 years, coordinating health reform efforts for his administration. She also worked as a nonpartisan staff attorney at Vermont Legislative Council for 8 sessions and provided drafting and staff support in health and human services issues to members of the Vermont Legislature. Lunge worked at the Center on Budget and Policy Priorities in Washington D.C. as a senior policy analyst on public benefits issues in 2007. Her areas of expertise are federal and state public benefit programs, health care, and health care reform. Lunge holds a B.A. from the University of California Santa Cruz, a J.D. from Cornell Law School and a Masters of Health Care Delivery Science from Dartmouth College.  Robin.Lunge@vermont.gov

David Seltz is the first Executive Director of the Massachusetts Health Policy Commission. Prior to this role, Mr. Seltz was the chief health care advisor for then-Senate President Therese Murray and served as the Special Advisor on health care for former Governor Deval Patrick (MA). Through these positions, Mr. Seltz advised the passage of Chapter 58 of the Acts of 2006 and Chapter 224 of the Acts of 2012. Mr. Seltz is a 2003 graduate of Boston College and originally from Minnesota. He was a recipient of Modern HealthCare’s 2015 Up and Comer Award, which recognizes young executives that have made significant contributions in the areas of healthcare administration, management or policy. David.Seltz@MassMail.State.MA.US 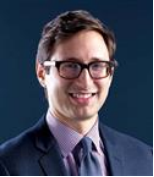 Peter Hussey, PhD is a senior policy researcher at the RAND Corporation, director of the Health Services Delivery Systems Program for RAND Health, and a professor at the Pardee RAND Graduate School. His research focuses on innovations in health care payment and delivery. His portfolio of current research projects includes bundled payment, episode-based performance measurement, patient-centered medical homes, care coordination, clinical decision support, and health care efficiency measurement. Prior to joining RAND, Hussey worked at the Organization for Economic Cooperation and Development in Paris, France. He received his Ph.D. in health policy and management from the Johns Hopkins Bloomberg School of Public Health.Hussey@RAND.org

Dr. Saunders is Research Director, Payment and Delivery Reform at Duke-Margolis.  In this role, he manages the Center's portfolio for payment and delivery reform initiatives, including bringing together faculty from across the University for developing the strategic vision in this area. He also leads specific projects in digital health technologies, evaluation of new payment policies, and federal physician payment reforms. Prior to joining Duke-Margolis, Dr. Saunders was a Senior Director and then Senior Advisor to the President of the National Quality Forum, where he managed a large federally-funded project that provided recommendations on more than 200 quality measures for 20 different federal programs in a period of two months. As Senior Advisor, he directed special projects on topics including data, payment reform, systems engineering, and future of healthcare quality measurement. There, he authored targeted communications to translate the organization’s technical work for a broad audience, including journal perspectives, white papers, and blogs and supported the development of new funding opportunities, including developing relationships with foundations and authoring concept papers and proposals. He was previously Senior Program Officer at the Institute of Medicine and managed health care legislative affairs for Representative Rush D. Holt. He has previously served as an adjunct professorial lecturer at American University and the Duke University Program in Medical Physics.  He earned his B.S. in Physics from the College of William and Mary and completed his PhD in physics and a Postdoctoral Fellowship in Medical Physics at Duke University. He served on the Duke University Board of Trustees from 2005-2007.  (From the Duke website) Robert.Saunders@duke.edu